The Viewmount is a newly refurbished and redecorated Boutique B&B (BB&B) in the Scottish Highlands.

What is research, but a blind date with knowledge? PART 1

a mountain or hill (archaic except in place names) | "Mount Etna"

Viewmount, as we see it today, was built in the 1870s - situated on top of a mount offering spectacular views of the Spey Valley, the Cairngorm Mountains and the 18th century Ruthven Barracks.

The title deed references James Evan Bruce Baillie (who may have been the original owner of the land and first owner of Viewmount). On 23 July 1889, he created a feudal charter in favour of Lachlan Andrew Macpherson.

Colonel James Evan Bruce Baillie of Dochfour (here pictured as an 11-year old) was born in Paris in 1859 and passed away on 6 May 1931, Edinburgh Midlothian Scotland, aged 72.

Born in Kingussie on 12/08/1856, Peter Mackenzie travelled extensively worldwide on behalf of the Singer Manufacturing Company. Between 1884 and 1886, he made long journeys into the interior of Brazil, where he met his future bride - Donna Anezia Augusta do Amaral. The couple married in London in 1886 and had nine children, the first five being born in Rio de Janeiro.

Elizabeth (Zaza) was born in Kingussie in 1893 (Gynack Villa) and was the longest living child, passing away, aged 82, in Australia in 1975.

His seventh child, a daughter - Mimosa (Mimi) Sybil do Amaral Mackenzie - was born in VIEWMOUNT on 4 January 1894 @ 13:15 with her father present. Subject to confirmation, his son Rioull Cunningham Graeme Mackenzie was also born in VIEWMOUNT in 1897. 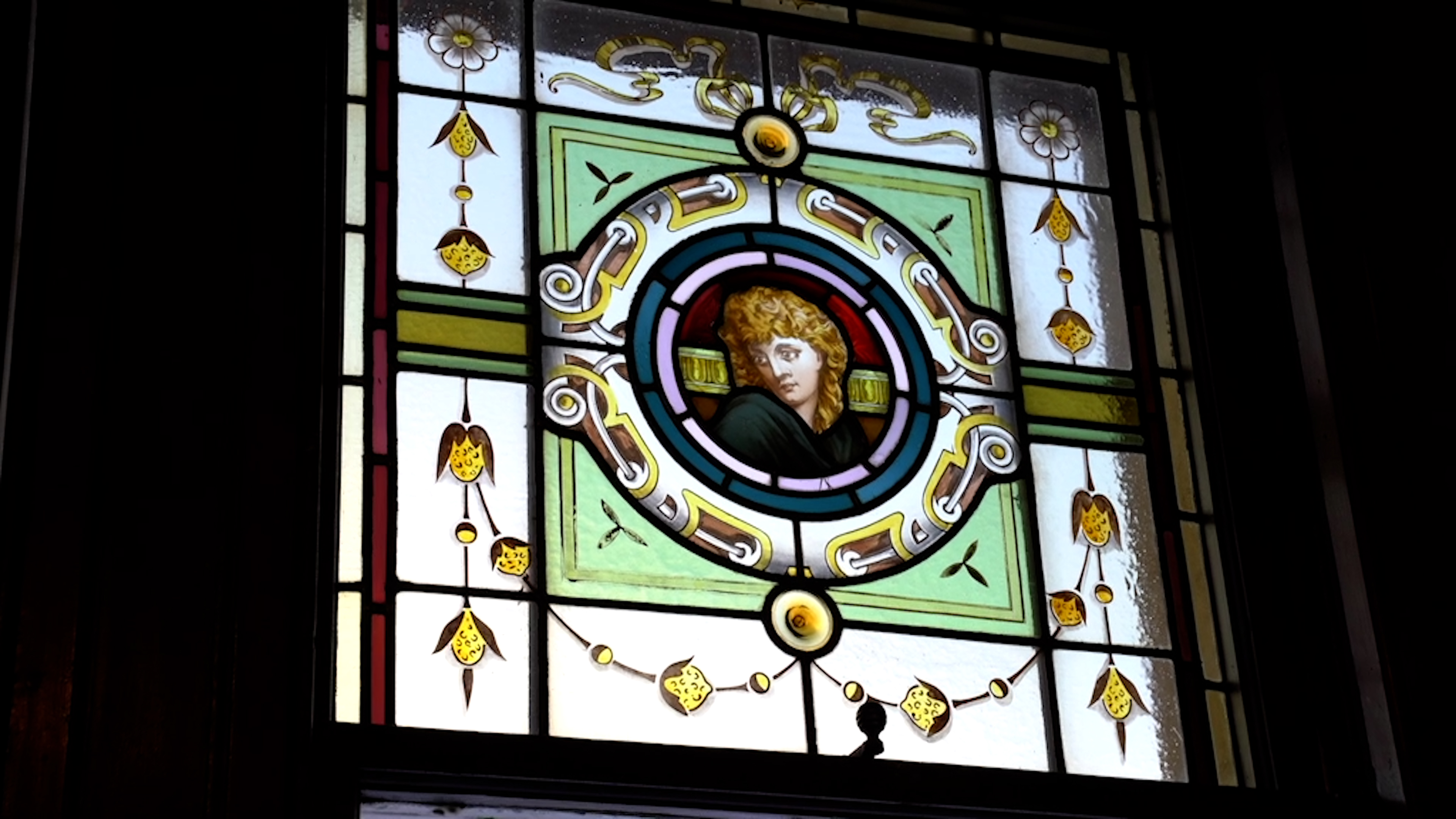 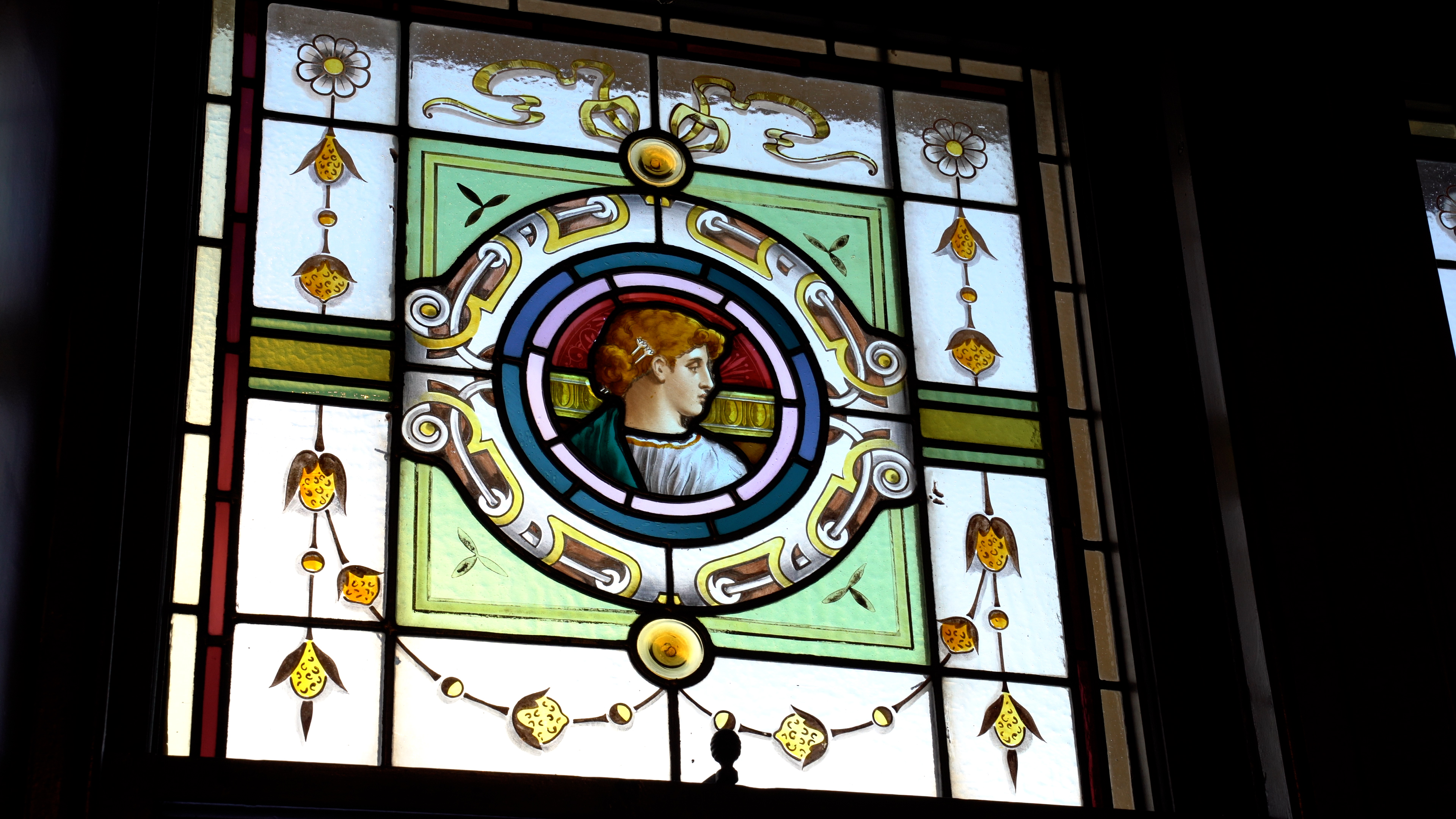 Rumour has it that these 2 windows depict 2 of the Counts children - perhaps Mimi and Rioull? 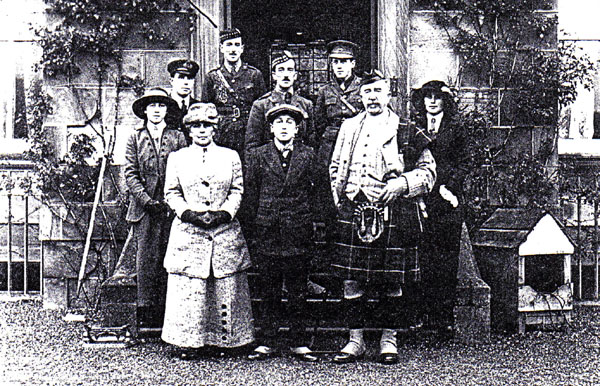